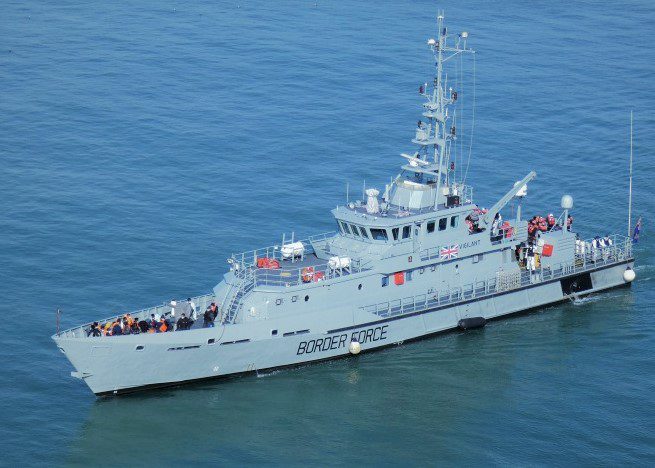 When UK Border Force required a replacement galley range for one of their vessels, Electrolux Professional contacted their UK authorised marine and offshore distributor to assist.

As Electrolux’s biggest distributor in the UK and being based on the south Coast, Southern Contracts were keen to help out as soon as possible, and after assessing UK Border Force’s requirements they identified, supplied and fitted an all-electric oven and hob from the Electrolux Modular Cooking Range Line. The installation took place onboard HMC Vigilant, a 2003 ‘cutter’ which is capable of speeds of 26kph to keep our offshore waters safe.

Government agencies use the term ‘cutter’ for vessels employed in patrolling their territorial waters and other enforcement activities. This terminology is derived from the sailing cutters which had this sort of role from the 18th century.

HMC Vigilant is the third 42-metre (138 ft) cutter operated by the UK Border Force and entered service for the British Government in 2004, for the then HM Customs and Excise.

In 2008, the fleet of customs cutters was transferred, along with border control duties, from HM Revenue and Customs to the newly formed UK Border Agency and HMC Vigilant now operates as part of the UK Border Agency fleet of five cutters.

Hugh Elphinstone, Director of Southern Contracts, said: “We were delighted to help out with the requirements of HMC Vigilant for the UK Border Force and they have now also instructed us to survey their whole fleet with the intention of upgrading their galley equipment on board their other vessels.